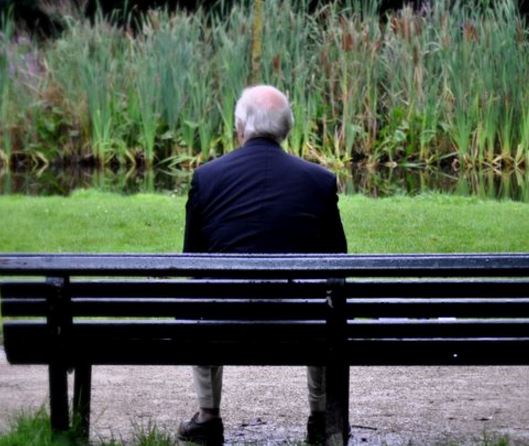 My name is Colin Hodges, recent retiree, and this is the first post in my blog called ‘Col’s Blog’. A ‘post’, well who would have thought when I started work some forty years ago that you would have posted words electronically. We only had letters back then which we would hand write and send by ‘snail mail’, as the young ones call letters.

And the word ’blog’ – I thought it was ‘bog’ to start with. Yes, I’m a little hard of hearing. Just imagine ‘Col’s Bog’ – that would have been a good one to tell the wife! By the way, the wife is Jen and I’ve been married to her for coming up forty years. Jen’s not here now, she’s at work. I’m not sure why she returned to work a few weeks after I retired, but I’m sure she’s got her reasons. Not that we need the money of course. And we’ve got two kids – Ben and Heidi – although we don’t see them much these days, all grown up and living away from home. See Jen and I are ‘empty nesters’: the little birds are now big birds and have flown away. No grand kids; you never know Jen might retire like me if she had grand children to care for.

As you can work out already, I’m one for the words. I always enjoyed doing the crossword on the train to work.

But I’m rambling a little and when I googled and found ‘How to Write Drop Dead Great Posts’ I was told not to digress, to write punchy posts that would interest the many millions of readers I would attract. ‘If you’re not succinct, you’ll be extinct,’ it said. A wonderful gem of wisdom! And it said you can get more wisdom for a small fee (I of course subscribed).

How odd you might think? Col went back to work and so I did, for a couple of hours. It was Barry Jordan’s farewell. See Big Baz was also retiring. Which reminds me: I should have told you that I had retired as Assistant Accounts Officer at the local council. Baz was my boss and he was having a similar send off to me down at the local Rissole (RSL).

But before the farewell function, yes, I went back to see my work colleagues, I mean my ex-colleagues. And to my chagrin someone was sitting in my seat, the seat that I had occupied for close on forty years. And to make matters worse, gone was my sign ‘Colin Hodges. Assistant Accounts Officer’. And the young girl had taken my place in a little over a week! Outrageous.

Anyway, a few of my old work mates looked up and acknowledged my presence, even uttering my nicknames: one I don’t like, and one that’s OK. The nickname I’m not enamoured with is ‘Colon’ – to relate my name to a skinny, unsavoury part of the anatomy is grossly unfair, albeit I’m a little on the skinny side. The other nickname is ‘Cracker’ which I received many years ago. You might think it relates to my ability to crack jokes (I’m sure you’ll note my humour in this post). But to be honest the name was coined at the start of my career when the staff wags dangled a fire cracker over the toilet cubicle door, and it exploded, and I quickly departed the men’s toilet without my pants.

I had a little chit-chat with the guys and a little at the farewell, and left early. It wasn’t the same.

Jen had wanted to go on a cruise for several years. But as we were both salary-sacrificing our superannuation, we had little funds available for such excess. I finally reneged and we dug into our super savings. So a few weeks after Baz’s Bash and the office return debacle, we sailed for tropical Noumea. To entice me on the cruise, Jen suggested some romance (‘wink, wink’) and that I might find some other new retirees to befriend.

Well, cruise boos. Everything went wrong. We hit the tail-end of a tropical cyclone just out of Sydney and many passengers, including Jen, were seasick as the ship lurched in the large swell. Thus, no romance of any type, and most passengers retreated to their cabins (to be sick), so no new friends. When we finally reached the tropical isle, few even went ashore.

The cruise was over in the first leg of the journey.

I try to keep myself busy every day. For example, I do the washing and put it out, go down town and pick up the paper, potter around the garden. But I read that ‘retirement is the chance slow down to really observe life and ponder our very existence’.

So each day I go down to the local park and sit on a bench to read, reflect, gaze and may be just doze. It’s a place with plenty of activity, so people-watching is another activity.

A few days ago when I was down at the park, may be people-watching, may be gazing, I was shocked out of my reverie by an angry lady’s voice.

You dirty old man, she yelled. I know your type – a paedophile, stalking children.

Shocked I replied, but madam…

I saw you perving on my kids.

But all I do is come down to the park and…

Watch kids to get your jollies.

No, I’m not perverted, not interested in children in that way.

Oh yeah. Well, what are you doing here?

I didn’t return to the local park.

As I walk around the shops and the streets I notice little crimes that I never observed during my busy working life. I see a driver not giving way, a person shoplifting, a youth being served alcohol. Yes, petty crime all. But my adage is ‘many crimes, many fines’. All crimes should be reported to the police and people pay for their misdemeanours. And so I see myself as the eyes and ears of the constabulary.

The police know me well and appreciate my vigilance at the local cop shop. There’s young Constable Porter, the evergreen Sergeant Panadopolis … I could rattle them all off.

Only yesterday, I noticed a covered pram near the lake’s edge. I think the owner had pushed the infant into the lake and we’ve a murder on our hands. However, when I went to the station to report this shocking crime, I’m sure I heard scuffles, giggles, but there were no officers at the counter. Where were they when I needed them?

I’ll go back today to make sure this crime is investigated.

In search of a sport

When I first retired, Jen said, Colin you’ve got to find a sport to keep yourself active. And so I’ve gone as a guest to sample suitable sports. I’ve tried tennis (can’t hit a ball), swimming (half a lap is my maximum), running (sore knees), and cycling (sore knees).

Until I came to the sport of lawn bowls. Here was a sport for the retired, judging by the number of older people playing it during work hours. So the friendly Club Secretary of the local bowls club invited me to try out the game under his tutelage. For my first bowl I put the bias on the wrong side and my bowl rocketed through a neighbouring competition knocking a few of its bowls from their positions. Judging from the frowns and expletives coming from the competitors, I thought I had better stop the bowls, although the Secretary pleaded with me to bowl again.

I’m still searching for a sport. May be I’ll try the Men’s Shed instead.

So there you go, my first blog. I hope I haven’t broken any rules of ‘How to Write Drop Dead Great Posts’. I’ll be back again, may be with a post on ‘Men’s Sheds’, again with some wise words.

And I’ll leave you with my new saying: RETIREMENT IS REFIREMENT.